Warning: "continue" targeting switch is equivalent to "break". Did you mean to use "continue 2"? in W:\HostingSpaces\chbbrorg\thetruthaboutamway.com_6tEYsEhl\wwwroot\wp-includes\pomo\plural-forms.php on line 210
 Amway News | The Truth About Amway

Direct selling is having significant challenges with rapid changes in technology and having to compete against the likes of Amazon and EBay, and this has been reflected in Amway’s own sales downturns the past 4 years. Something that may have turned around.

Amway Australia seems to be still having some success, with 10 new Platinums and Founders Platinums recognized last month, and recent new Diamonds Patrick and Joyce Mahakkapong and Hemant and Smitha Sahela.

It’s sad to see Avon’s struggles, but I’m sure the nearly 24,000 Avon reps in Australia may represent an opportunity for Amway?

What do you think?

A global increase of 3% in the second half of 2017 however, led by China and the US, has Amway confident that 2018 will see Amway rebounding to sales increases.

Amway China remains the largest market, accounting for over a third of revenue. Primarily due to the weakening Chinese economy and unfavourable exchange rates, Amway’s revenues dropped to $9.5 billion in 2015. 70% of the top 20 markets saw growth, including, notably, Amway’s oldest market, the United States. Older markets such as South Korea, Japan, Taiwan, and Malaysia also experienced growth, as did Latin America.

No figures were reported for Western Europe or Australasia. Russian media reported a 5% drop in that market. 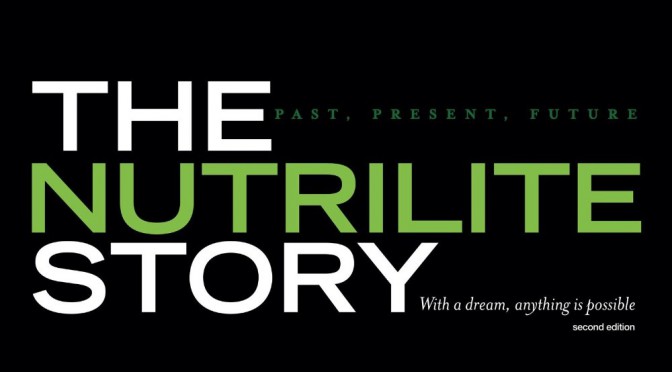 I’ve just finished reading The Nutrilite Story by Dr Sam Rehnborg. What a great read! It not only tells of the origins of Nutrilite and Amway, but the entire multi-level marketing industry and the nutrition and nutritional supplements industry. It’s fascinating, and the life story of Carl Rehnborg is worthy of a movie – more than once I was close to tears, a classic story of someone getting knocked down and getting back up again and again in the pursuit of their dreams.

It’s available on your tablet, phone or PC as an ebook for kindle from Amazon or for nook from Barnes and Noble. Recommended!

After a longer than expected hiatus, the Amway Talk discussion forum is back! So if you have questions, or just want to chat about Amway or other MLMs, head on over.